Passion and Purpose, a reporter seeks connections at the border and in life.

Covering the border crisis in Mexico last year, MSNBC reporter Mariana Atencio, herself an immigrant from Venezuela, wanted viewers to know who the actual people caught in the calamity were, and why they were there. 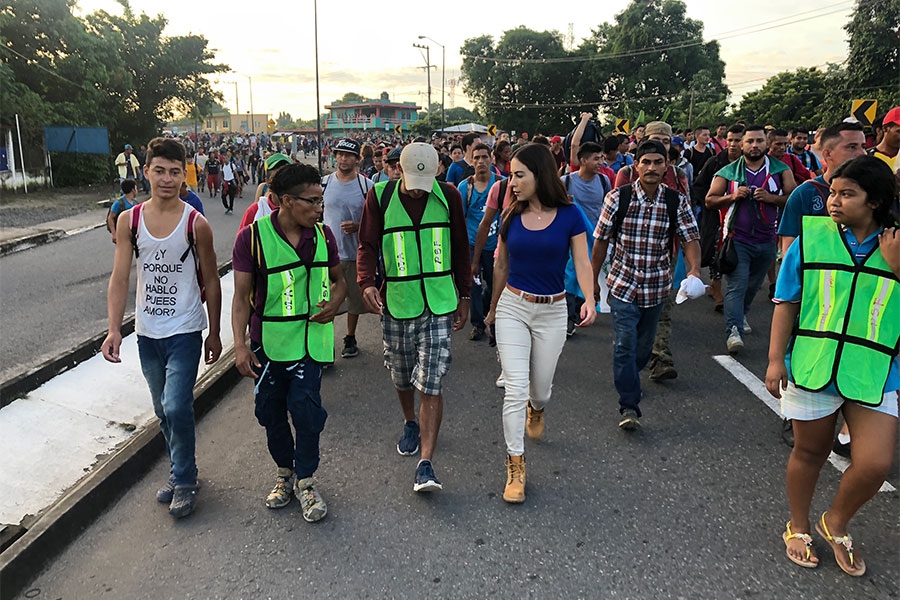 “When you walk with thousands of people carrying whatever belongings they could salvage, with little babies, pregnant women — it shows you how physically grueling that journey was,” she says. “No one would go through that unless they felt they absolutely had to. They were doing it just to survive.”

Does Atencio’s passion clash with the notion of the dispassionate journalist? “It would be simply impossible,” she says, not to be moved by what she has witnessed, particularly on the immigration issue.

“I lived that immigrant experience, and my experiences fuel my coverage. It completely molds who I am,” she says. “That’s where I’ve found my purpose — injecting empathy into stories; that feeling that, on any given day, it could be you or me. I’m a journalist first and foremost, but I’d like to be known as a journalist who cares about everyone she speaks to.”

Atencio has given two TEDx Talks to promote such ideas, which she explores further in Perfectly You: Embracing the Power of Being Real, a book released June 11 in both English and Spanish.

Growing up under Venezuela’s Chavez regime, Atencio saw what suppression of a free press and other hardships can mean for a family. She recently lost her father, she says, because of Venezuela’s medication shortage, and she helped her sister convalesce after a car crash.