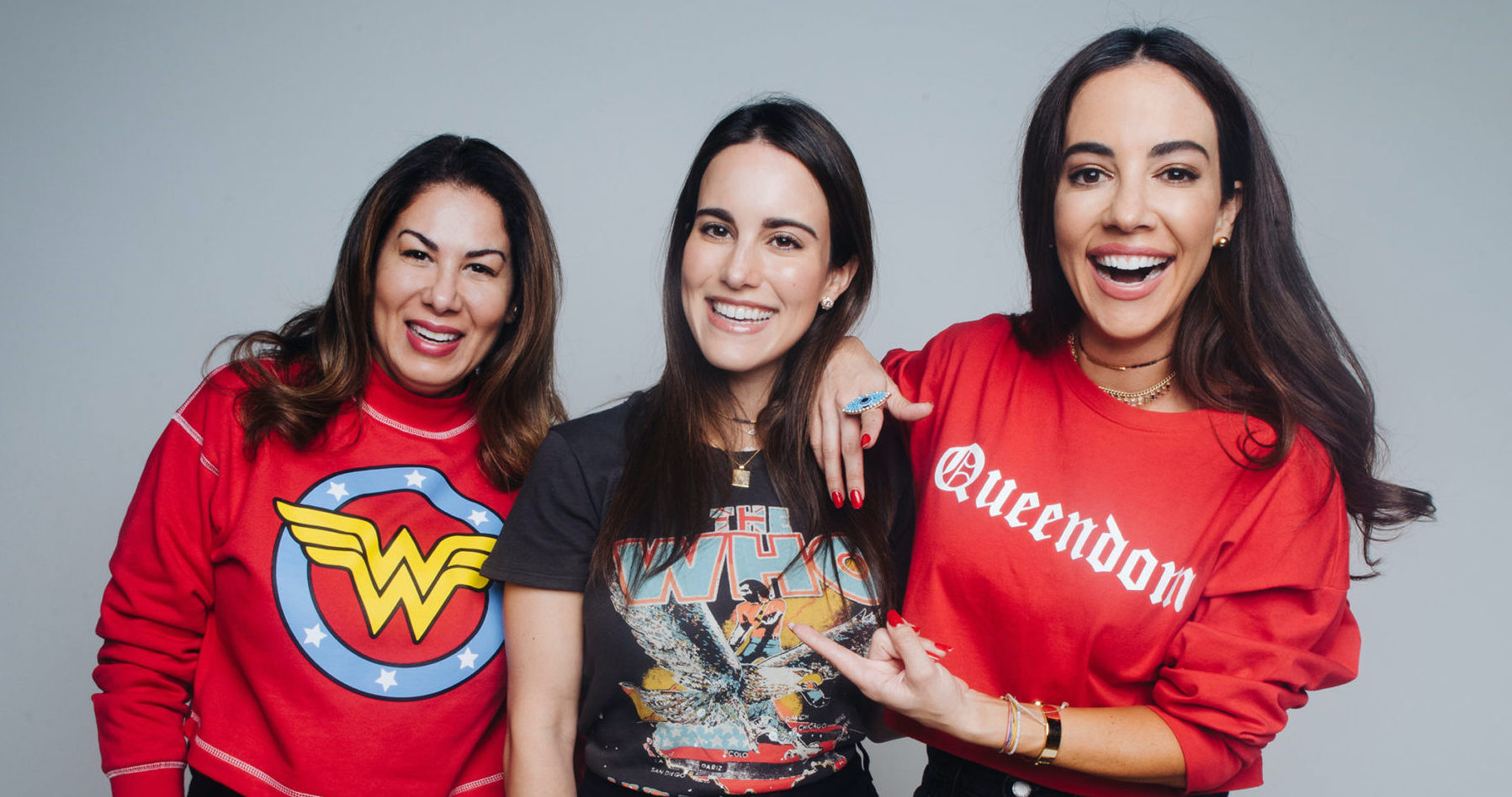 Welcome to our world

I remember running down the halls of Univision Network when I was a whippersnapper
reporter, who didn’t know how to write a proper TV script on deadline and how to walk
properly.

“Your heels are too big for you. Are you sure you’re wearing the right size shoes?” a self-
assured, elegant-looking executive producer asked. ‘Excuse me?’ I replied. No one had ever
bothered to give me useful advice in ruthless TV land before. Much less a woman in a position
of power at the office.

Her name was Mirna Couto, she was a TV veteran with over 30-years’ experience and
every award under the sun. And yes, it was the beginning of a beautiful friendship.
Having another woman in my same industry support me, guide me as to professional
steps that needed to be taken (from agents, to crossing over from Spanish to English language
television) and seeing my potential where I didn’t (giving a viral Ted Talk or writing a memoir at
35!) was life changing. Especially as an immigrant and a Latina.

It’s been 8 years since Mirna and I first met in the halls of a television network.
Throughout the past decade, we have connected over more than shoes. We’ve formed a bond
over our love for stories that reflect the diversity and richness of our community and make
positive change. A mentorship turned sisterhood. Two Latinas coming together from the
traditional media world to create a 360 brand that debunks stereotypes and is multi-layered and
multi-passionate, just like we are. Its name is “GoLike”, from the viral hashtag #GoLikeMariana,
which we used to motivate our online community. Mirna and I came up with it on one of those
sleepless work nights when we kept encouraging each other to push through. GoLike emphasizes
the power of Millennials and Gen-Z’s and all generations across languages and platforms, to tell
their stories in their own terms and always move forward driven by positivity.
GoLike’s first product was ‘Perfectly You’, our book, written in English and Spanish, an
Amazon Best-Seller and an Audible and AppleBooks ‘Must Listen’. The end of the book marked
our commitment: we want you to GoLike___ (fill in your name). Meaning we want to help you
–whether its through our reporting, inspirational talks or ‘how to’ series– to be the most authentic
version of yourself. That generates a ripple effect of tolerance and positivity that can move
mountains.

In a short time, GoLike has become a full-fledged successful production company and
incubator, where we are working on TV projects, motivational speaking, books, podcasts and
brand partnerships that showcase our Latinx and diverse voices. In our first year of existence we
gave keynotes at Microsoft, LindkedIn, Spotify, the UN Girl Up Summit, Bacardi, Citi Private
Bank and the World Health Organization, while partnering with the United States Census
Bureau, Voto Latino and the American Latino Museum.
It hasn’t been easy. We’re writing this as we’re moving into our first headquarters in
Miami, while we’re in the middle of a pandemic and racial reckoning whose effects will remake

the world. But this has made our commitment to you that much deeper. The coming months and
years are crucial. They will shape not only politics but also climate change, the very conditions
of life on this planet. But it’s also a historic opportunity to make a better, more equal and more
just world. This is our time.
Consider this your formal invitation into this magical world, GoLike with us.